My main takeaways from “The Future of Content” keynote on Day 1 of SXSW 2022,

The two speakers at this keynote about the “Future of Content”at SXSW 2022 were:

My main notes from the keynote: 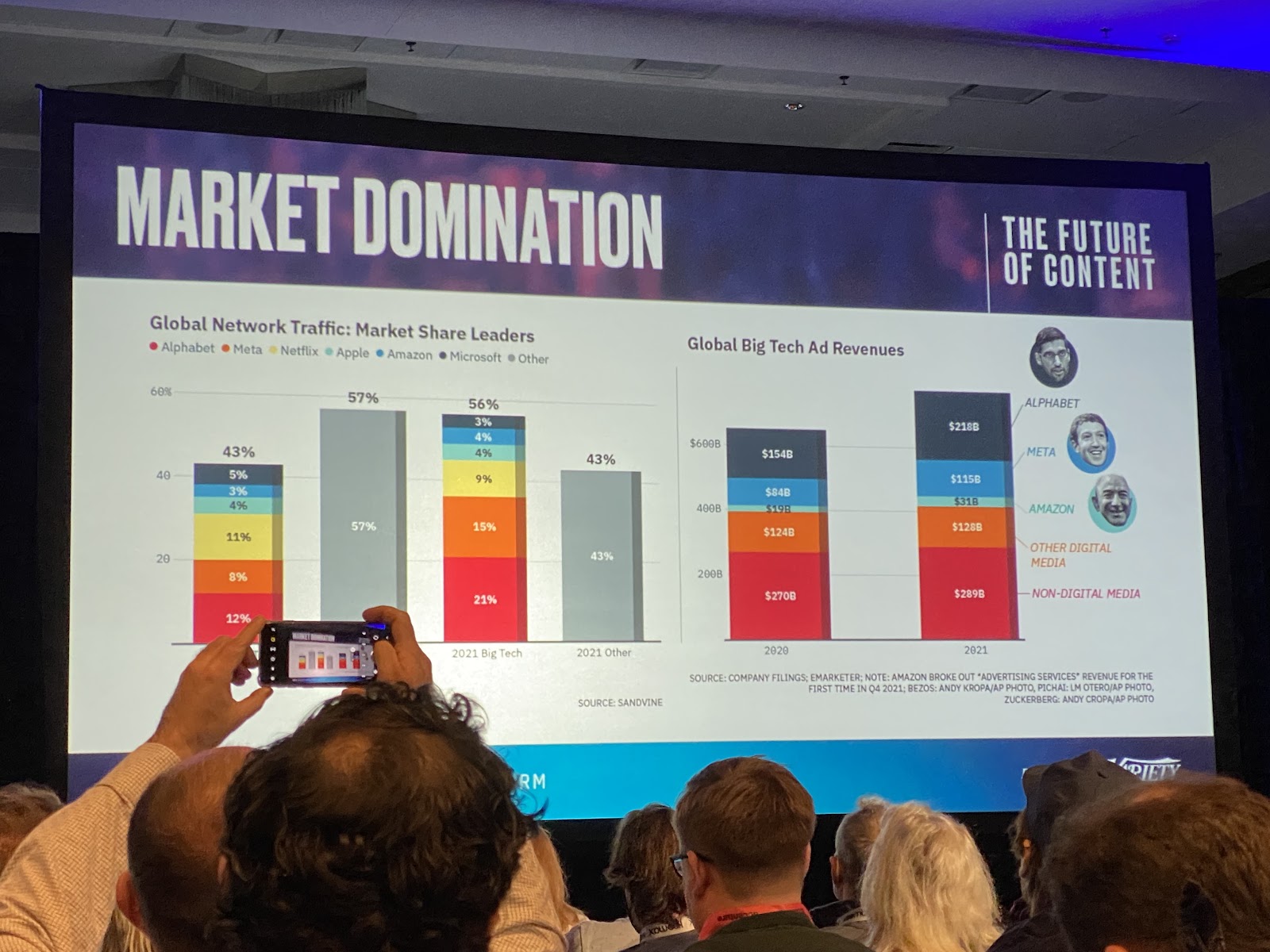 Amazon is growing very fast in Digital Advertisement and getting close to Google and Meta. But soon Tik Tok will become a success: social commerce trend, started in Asia but tik tok is going to lead the way there globally.

There has been a lot of M&A: AT&T and Warner media, Disney and Fox, Amazon and MGM, etc: some of these companies need to be bought to survive.

Also, more and more celebrities investing into Media deals, such as Reese Whiterspoon and Lebron James media companies being acquired.

There’s a boom in content creation spending; for instance Disney invested 40 billions, but Netflix is the one that invests the most (around 20 b)

Streaming vs TV: in 2021 there was more content produced for Streaming than for Tv, and cable TV is losing its customer base.

What is still working for Cable TV? SPORTS

Also News is a category that is still working for TV Cable: 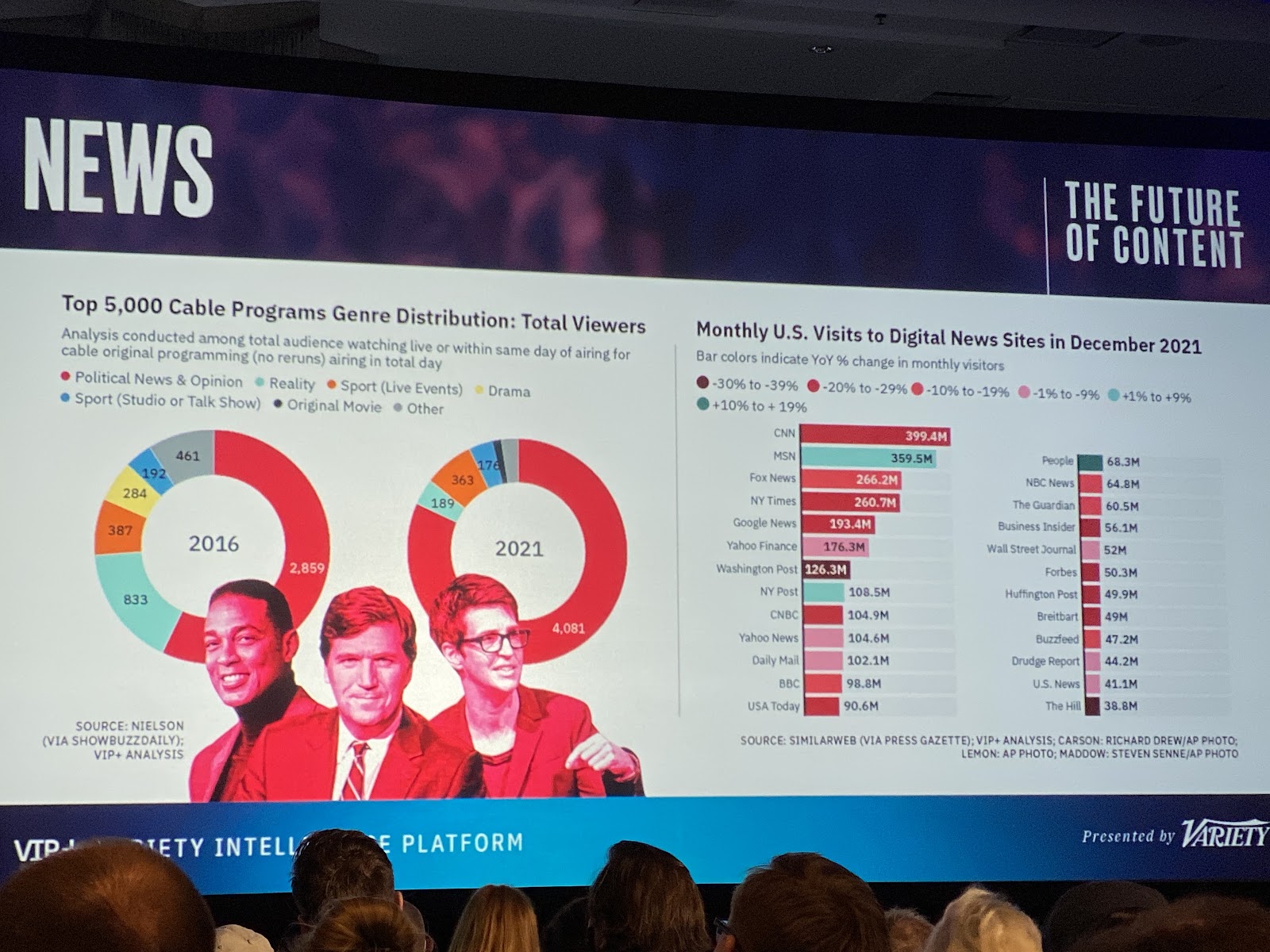 Creators economy/ influencers: 2/5th of overall consumed conrenti is User Generated Content, created by creators. Also more profitable (they have low costs of production) and target a much younger audience.

Esports: it’s about 1 billion dollar business, not super big yet but growing. Main player is Twitch (Amazon) but they’re getting more competition from YouTube Gaming and Facebook.

Overall, there has been much M&A in gaming:

Metaverse: too early to understand the impact on media, now the big focus is on NFTs (collectibles). Now the activity is on Fortnight, Roblox where there’s a young gamers audience. But Mark Zuckerberg does not believe so: he believes it will be massive and will focus on Hardware.

With more than 200 keynotes delivered (online and offline) in 2021 to clients across Brazil, Latin America, the United States and Europe, Andrea is today one of the most requested speakers on Digital Transformation, Leadership, Innovation and Soft Skills in Brazil and globally. He has been the head of Tinder in Latin America for 5 years, and Chief Digital Officer at L’Oréal. Today he is also a best-selling author, and a professor at the Executive MBA at Fundação Dom Cabral.